Davide Morosinotto has won the Strega Children's Prize with his novel "La più grande" ("The Greatest").

Almost two years ago, at the start of the lockdown that forced us to stay in our rooms, Davide Morosinotto had an idea: if readers can’t go to libraries and bookshops, we writers will bring them the stories. And so we did, creating a project called BOTteghe Aperte, where our writers took to the streets, making novels available for free on the Wattpad platform.

Davide Morosinotto began to publish, one chapter at a time, the tale of Yu, the teenage girl who would become the greatest pirate in history. Episode by episode, the story found readers, who commented, observed and followed Davide in the narration. Within a few months, the story had become one of the most read and commented on stories on the Wattpad platform, with over hundreds of readers. It thus attracted the interest of the Rizzoli publishing house, which bought the rights. On the 3rd of November of the same year, La più grande (The Greatest) became a novel. 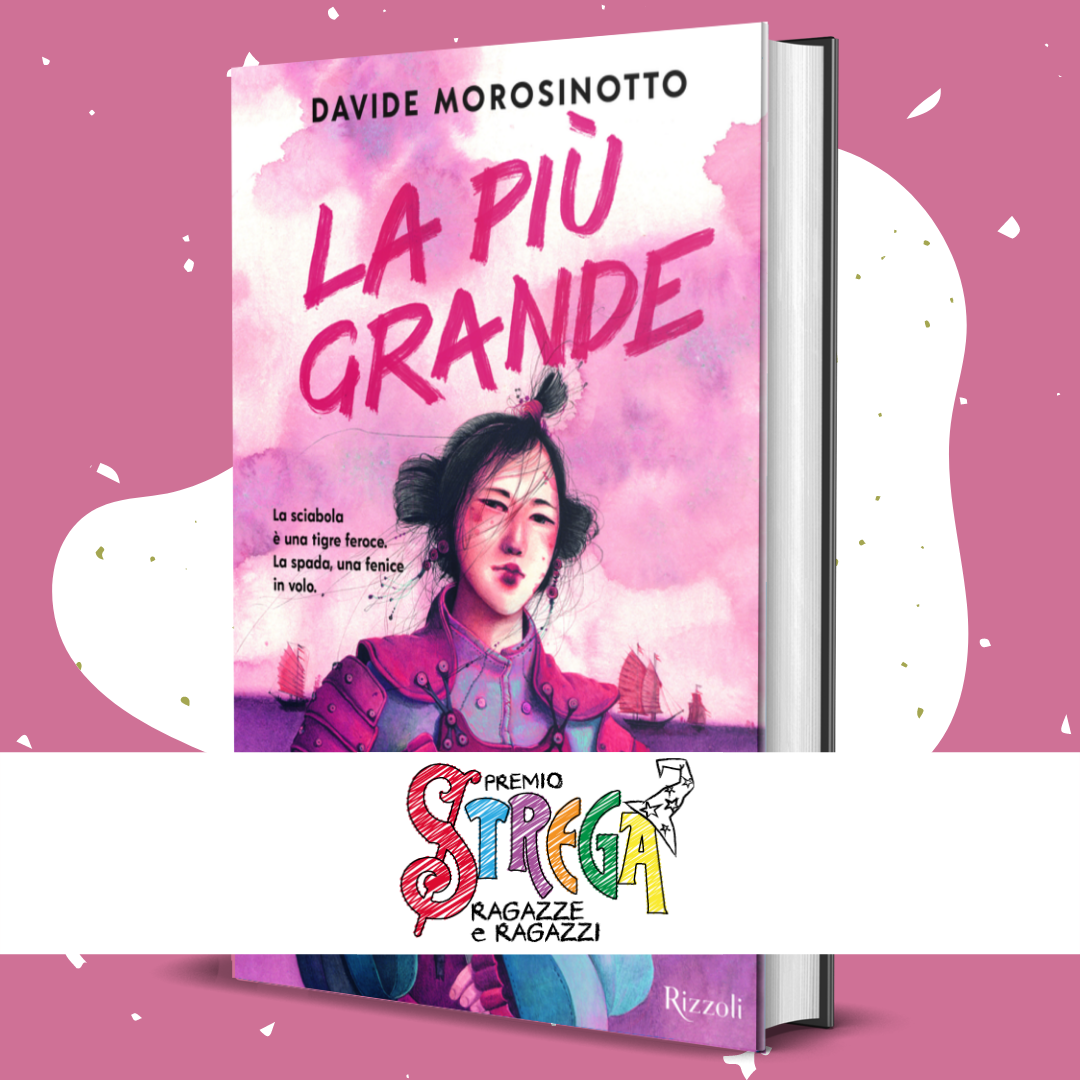 The Greatest
Canton, 1770. Shi Yu is an orphan who never knew her parents. At six years old, she works for quick-tempered innkeeper Bai Bai, who spares her no insult or whipping.

At the inn, Yu meets Li Wei, a boy who is already a martial arts expert. Yu persuades him to teach her to fight, and her talent is immediately obvious. This skill will save her life a few years later when she is kidnapped by the dreaded Golden Dragon’s pirates: instead of killing her, Golden Dragon enrols her in the crew.

This is the beginning of her ascent in the piracy world. After many raids in the Pearl River, Macau and Hong Kong, nineteen-year-old Yu becomes the commander of an entire fleet which will soon number more than a hundred ships. Her very name terrorizes the China Sea, and she seems to be an unstoppable force… But Yu’s fame has unwittingly made her an enemy as powerful as he is mysterious, who will stop at nothing to destroy Air and Water wushu: the legendary martial arts style of which Yu has become the latest master…

A breathtaking adventure and an extraordinary coming-of-age story inspired by the true story of Ching Shih, commander of the largest pirate fleet of all time.


Our congratulations also to all the other winners and those shortlisted for the prize!