PIERDOMENICO BACCALARIO - from an idea by Miriam Dubini 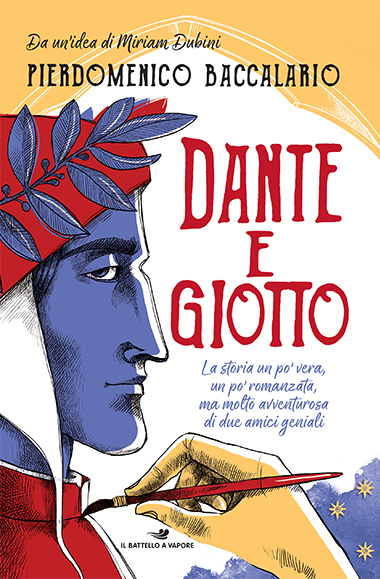 10th June 1289. Between Arezzo and Florence, in the Tuscan countryside, the armies of these two cities are lining up. In the ranks of Florentines, a noble knight and a foot soldier armed with a sword face each other. Suddenly the soldier calls the knight by name: “Hey, Dante! Is that really you?!” Just like that two childhood friends are reunited: Dante Alighieri and Giotto di Bondone. But this no happy reunion: many years have passed since they were friends, but Dante is still angry with Giotto for a joke that backfired. The next day the battle will take place and the pair will be called to risk their lives. But the night is long, and the two geniuses will find a way to fill it with words and images that rise to the stars.