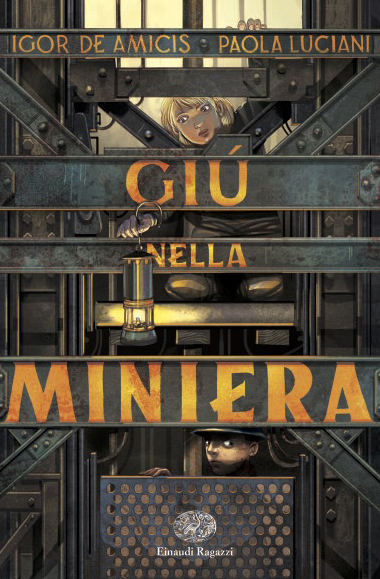 Fulvio is fascinated by the Marcinelle mine, but his father is very clear… it’s not a place for kids. But Fulvio is no longer a boy, he’s thirteen and has a great desire for adventure. He and his friends, the reckless band of Les italiens, are in constant rivalry with the Belgian boys, the potato-eaters, captained by the very blonde Paulette. Between jokes, ambushes and chases they’ll compete for the streets of the Belgian town of Marcinelle, until the last big challenge… descending into the coal mine, into the bowels of the earth, in search of the ghost miner’s treasure. But a danger far worse than a ghost awaits them, the mine is on fire and together they’ll have to find an escape route in the endless underground tunnels, putting aside rivalries and prejudices.