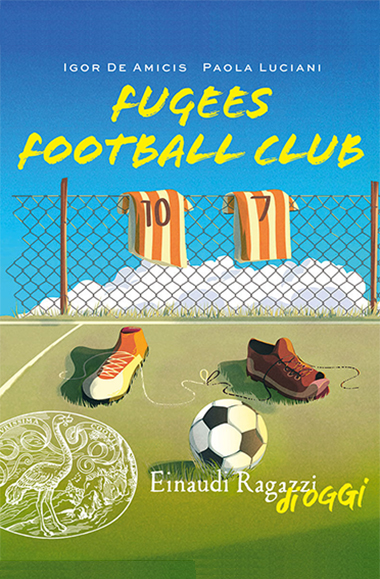 When football becomes a meeting between different cultures.

The San Gregorio five-a-side football tournament is a colossal event for young people and their parents. Paolo, the self-confident 14-year-old who captains the down-and-out team of Fonte Vecchia, knows that their chances of winning are almost nil. The previous year they suffered a sensational defeat in the first game and were out of the tournament. It mustn’t happen again. They still have a few weeks to create a football chemistry between the five of them, lifelong friends. They have to train hard.
But when they arrive at their pitch, a nasty surprise awaits them. A group of boys never seen before and all foreigners are playing. They’re some of the many refugees who are in a reception centre waiting for a visa to emigrate to a safe place. After a brief discussion, the boys decide to challenge each other: whoever wins the game gets the field. An immediate rivalry ignites, which turns into respect after hours of gruelling play and a sweaty draw... If those guys played with them at the tournament, the other teams wouldn’t have a chance. The idea is crazy, and the stakes are very high. Moreover, Paolo's father keeps repeating that refugees are ruining Italy, an opinion shared by the other inhabitants of the municipality. But the fuse has been ignited, and Paolo decides to go all the way in his risky project, whatever the cost. And the surprises will be many.