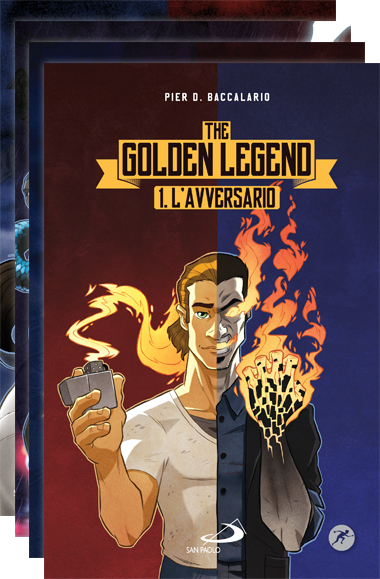 Down to heaven, up to hell.

The centuries-long battle between Good and Evil, and time is up. Fighters on both sides have taken up their positions and a young boy is in the middle. Since the very beginning, the world has been in the grip of two factions. Seven champions, from everywhere, fought to conquer it, but nobody succeeded. Now, these extraordinary individuals are preparing to fight the most important battle of all. It will happen in a metropolis, in our time, among the skyscrapers and the dark streets of the slums. Everything will be allowed. Tricks, traps and snares. And, if they are able to complete their mission, they will receive a silver coin in exchange.

Jay is twelve and has just moved to the big city with his moody aunt. The same night he arrives he finds himself catapulted into a real battle between mysterious characters gifted with extraordinary powers…

Jay is tired of sitting on his hands. It's been months since the clash between the Fishermen and the Opponents, but no one has bothered to answer his questions yet. So Jay decides to investigate on his own and discovers he's very close to the answers he seeks...

The city is in danger. The Opponents have declared war and more and more souls are disconnected from the Fishermen's net. Jay and his friends must discover the identity of the mysterious fourth Opponent at the head of a dangerous criminal organization...

A dangerous new Opponent wreaks havoc in the city: a seven-headed dragon with a scaly snake-like body. There's no longer a single safe place in the whole city! Will Jay and his friends be able to stop the hydra?