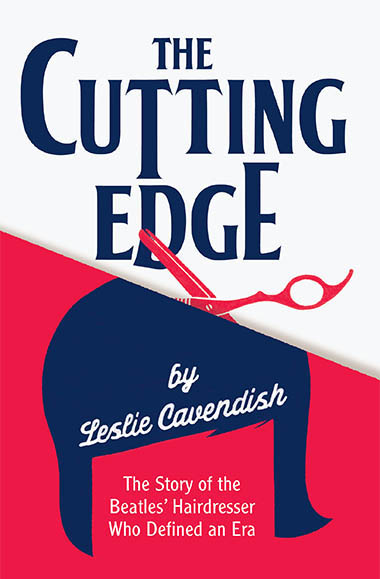 The story of the Beatles' hairdresser who defined an era.

The Beatles’ hair changed the world. As their increasingly wild, untamed manes grew, to the horror of parents everywhere, they set off a cultural revolution as the most tangible symbol of the Sixties’ psychedelic dream of peace, love and playful rebellion. In the midst of this epochal change was Leslie Cavendish, hairdresser to the Beatles and some of the greatest stars of the music and entertainment industry. But just how did a fifteen-year-old Jewish school dropout from an undistinguished North London suburb, with no particular artistic talent or show-business connections, end up literally at the cutting edge of Sixties’ fashion in just four years? His story – honest, always entertaining and inspiring – parallels the meteoric rise of the Beatles themselves, and is no less astounding.

Leslie Cavendish was born in East London and grew up in Burnt Oak, North London. He was apprenticed to Vidal Sassoon in 1962, becoming a stylist in his own right three years later. He became Paul McCartney's private hairdresser in 1966, and soon began to work on the image of all four Beatles, before opening his own salon in Chelsea. After the breakup of the Beatles, Leslie ran a clothing boutique while remaining a freelance hairdresser. In 1978, he entered the family footwear business and remained there until 1988. Leslie has two sons and divides his time between Britain and Spain.