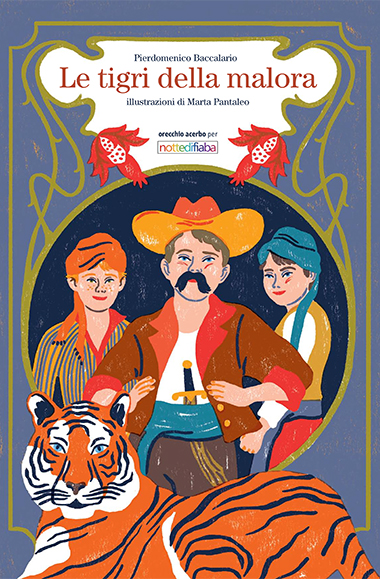 In search of the lost captain.

The city of Turin is in turmoil about the Turin International Exhibition which is approaching, but in the Pilone neighborhood all are gathered for the Captain’s funeral. Friends are there to say goodbye, among them his several Tiger cubs, under the guidance of Emilio, who’s now in the guise of Yanez. The handful of valiant warriors, little boys and little girls with knees in the breeze, wooden scimitars and improvised turbans, can’t believe it and so they proceed to the Captain’s house to make sure he has really left… And there, waiting for them, is not the Captain but piles of written sheets, statuettes, daggers and lots of books. But above all there are his animals. It is the Tiger cubs' task to free them and take care of them so that at least they should not end badly. Only the parrot flies away through window, repeating to the air the name of everyone’s hero: Sandokan!