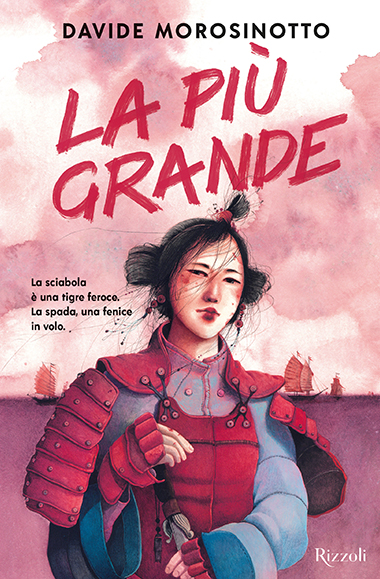 She is just a girl but she will become
a martial artist, the queen of the China sea,
the greatest pirate who ever lived.

Canton, 1770. Shi Yu is an orphan who never knew her parents. At six years old, she works for quick-tempered innkeeper Bai Bai, who spares her no insult or whipping.

At the inn, Yu meets Li Wei, a boy who is already a martial arts expert. Yu persuades him to teach her to fight, and her talent is immediately obvious. This skill will save her life a few years later when she is kidnapped by the dreaded Golden Dragon’s pirates: instead of killing her, Golden Dragon enrols her in the crew.

This is the beginning of her ascent in the piracy world. After many raids in the Pearl River, Macau and Hong Kong, nineteen-year-old Yu becomes the commander of an entire fleet which will soon number more than a hundred ships. Her very name terrorizes the China Sea, and she seems to be an unstoppable force… But Yu’s fame has unwittingly made her an enemy as powerful as he is mysterious, who will stop at nothing to destroy Air and Water wushu: the legendary martial arts style of which Yu has become the latest master…