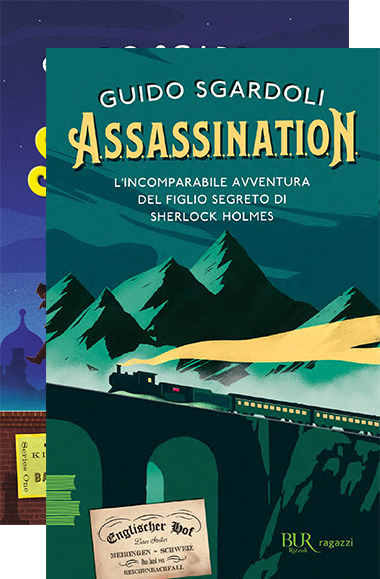 …two adventurers who just happen to be eleven years old.

Our story begins where another ends: Sherlock Holmes's disappearance during a trip to Switzerland, probably in the Reichenbach Falls (Sherlock Holmes by Sir Arthur Conan Doyle).

News of Sherlock Holmes’s disappearance reaches an orphanage twenty miles south of London. Certain the famous investigator is his father, David Pip escapes with a friend to London, and then Europe, to shed some light on the case.

The Son of Sherlock Holmes

David and his friend Calum are working in Baker Street with Doctor Watson. One day, a certain John Snow knocks on the door… For David, it’s time to show he really is Holmes’s son!