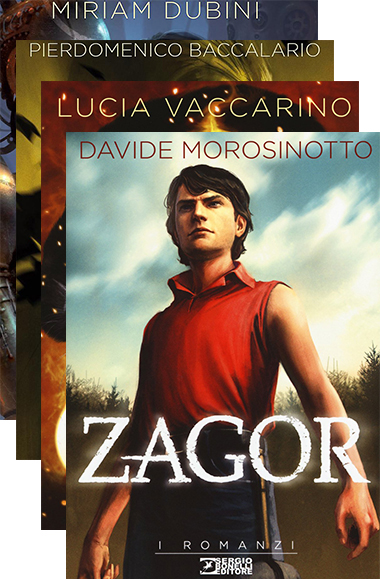 The origin stories of the Bonnellian comics' protagonists

Prose books that tell the adventures of four young people (Gea, Martin Mystere, Zagor, Nathan Never) who don’t yet know that they’re destined to become the Heroes we all know. They describe how their lives were before and the vicissitudes and reasons that led them to this.

The death of 15-year-old Martin Mystery's parents in a strange car accident transforms his life forever. He’s approached by a mysterious tutor who forces him to leave the US to move to a prestigious private school in the Sienese countryside. Martin’s apprenticeship will push him to become a scholar specialising in everything "mysterious". But his suspicions about his parents’ death, and the threatening presence of strange characters, push him to want to discover the truth...

Gea is a slightly messy, sweet, hyperactive and rock-loving twelve-year-old. She is angry with her parents who have decided to move. But on the way to their new life, the car is incinerated by a demon, and for Gea, the only survivor, nothing will ever be the same again. Saved by another mysterious creature, Gea will inherit its powers and be destined for a really special mission. Like Bulwark, she obtains particular powers that allow her to watch over the integrity of the world, threatened by evil entities from other dimensions and willing to bring Chaos to Earth.

The violent death of his parents, the meeting with his mentor Wandering Fitzy, the desire for revenge and his dramatic fulfilment against the evil Solomon Kinsky. This is the beginning of the extraordinary adventure that the young Patrick Wilding will live, and that will lead him to become Zagor-Te-Nay, the legendary Spirit with the Hatchet.

Fifteen-year-old Nathan Never decides to pursue his dream of entering the Academy and becoming a Space Infantryman. He will have to move to a distant metropolis to attend the prestigious Technical Science Institute. A new life, made up of new friendships and new loves. Another world. The dream, however, is destined to turn into a nightmare... 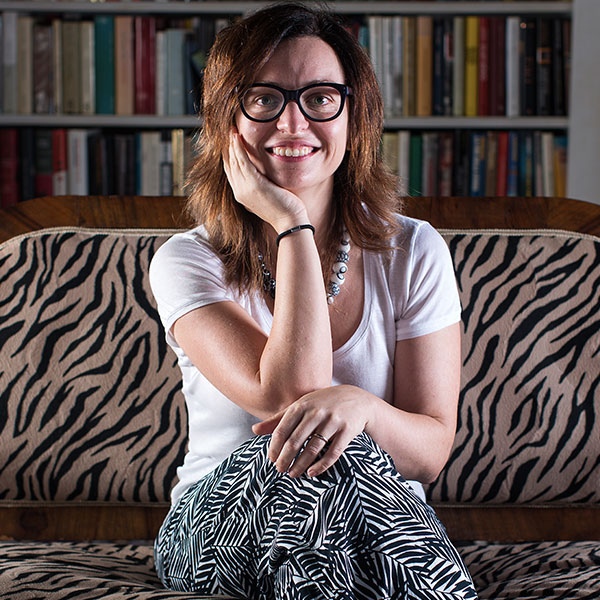 Lucia has a patient scientist by her side and a house full of books. In addition to writing novels, she works in cinema and animation.