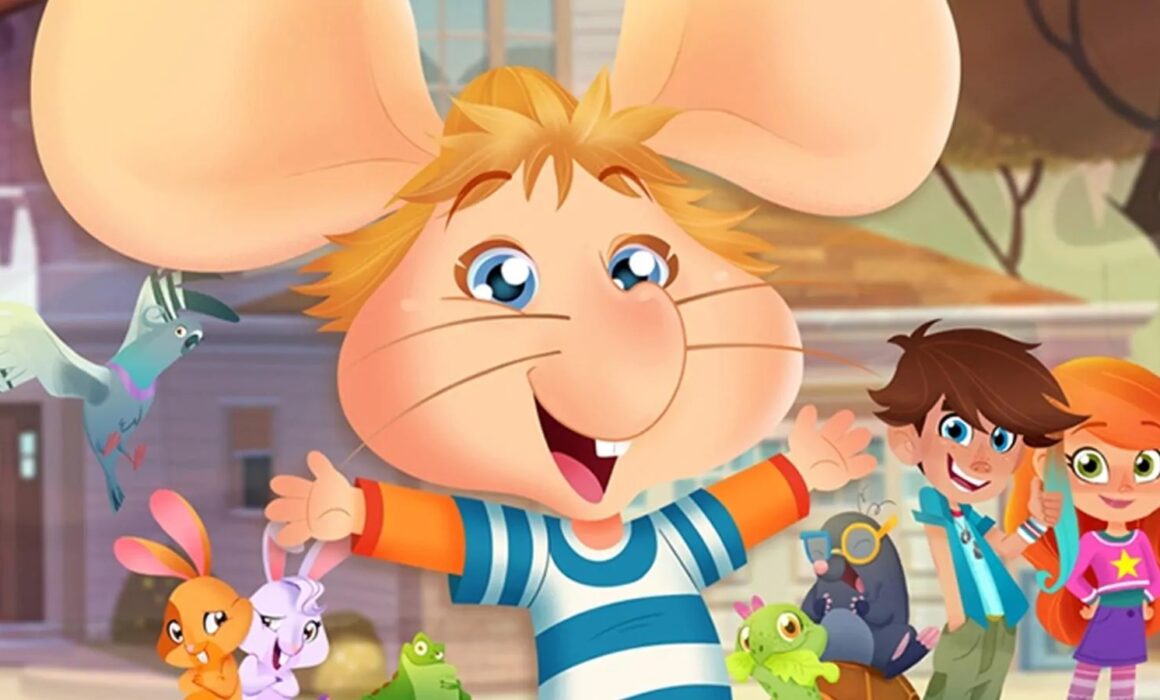 A GREAT SURPRISE FOR THIS HOMELY ITALIAN EASTER

Topo Gigio, the famous puppet created more than 60 years ago by Maria Perego and star of more than a million TV appearances worldwide, endlessly repeated, returns to the screens with a brand new 2D comedy adventure animation series.

This is the first Italian animated series about the famous mouse, co-produced in collaboration with the kids division of the Italian public broadcaster Rai Ragazzi by Milan-based studio Movimenti Production, a full-service production group with studios in Milan, Rome and Florence, and Topo Gigio srl.

The 52 x 11’ series will be aired on Rai Yoyo next autumn but to cheer up this homely Easter, the first 13 episodes will arrive from 9 April in an exclusive preview on RaiPlay, the Rai multimedia platform and on the app dedicated to the youngests RaiPlay Yoyo: a surprise in the Easter egg of Italian children and families.

Each episode is a self-contained story and therefore the public will be able to fully appreciate this Easter preview.

This colorful series tells the daily adventures of the first mouse that lives in the world of humans: Topo Gigio! For the witty and charming Topo Gigio, every human experience is new and exciting. Topo Gigio’s loyal companions include: his very best friend Zoe, who always helps to make things right; Bike Bob, the perfect buddy to ride with around the city and the ‘G-Team’, his long-time country friends (Mole, Pigeon, Bunny Twins, Turtle, Toad), who are always ready to join Topo Gigio wherever and whenever their carefree and irresistible adventures take them. Because Topo Gigio may seem like a quiet mouse but behind that sweet air hides a dynamic mouse full of ideas.

And, when the day is done, it’s time for a simple (and famous) request: “Kiss me goodnight and… Hug me ‘til I pop!”.

Produced entirely in Italy between Milan and Florence, it is the last project worked on by Maria Perego, the brilliant author of the character, who passed away last November at the age of 95. She supervised the animated series to the last and participated to the creation and writing of the episodes.

Blonde hair, protruding teeth, large round ears and an unmistakable little voice, Topo Gigio, lives in the collective imagination of Italians but not only.

Topo Gigio became a genuine global phenomenon, having appeared in thousands of episodes of TV broadcasts in every major market around the world, including high profile appearances in the US on the prime-time Ed Sullivan Show.

The charming Topo Gigio has delighted children worldwide on television, in theatrical events, in music, books and magazines and most recently with hundreds of millions of views on social media.

New York-based Lacey Entertainment has secured the worldwide English language distribution rights to the Topo Gigio series. Lacey is most recognized for the global distribution of hit kids series, most notably Pokemon, Teenage Mutant Ninja Turtles and Yu-Gi-Oh! among many others.