I understand
<< View all authors

Dimitri Galli Rohl lives and works in Lucca, in Tuscany.

With a degree from the A. N. A. D. (Accademia Nazionale d'Arte drammatica “Silvio D'Amico”), he is an actor, director and theatrical pedagogue active throughout Italy.

Since 2016, he has collaborated with Book on a Tree, publishing two children's books; the first, “Il romanzo di Holly e Benji” was published by Mondadori in 2017, while “Kappa O.” for Einaudi (“Carta Bianca” series) arrived in bookshops in the spring of 2019. In the same year, the publishing house Marcos y Marcos published “Il Silenzio dei Gondolieri” by William Goldman, the first translation from American English, while during the “Lucca Comics and Games” event, the special edition of “La Principessa Sposa” - also written by Goldman, and personally curated by Dimitri - also came out with Marcos. 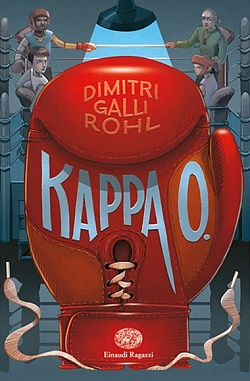