Greats of the Past 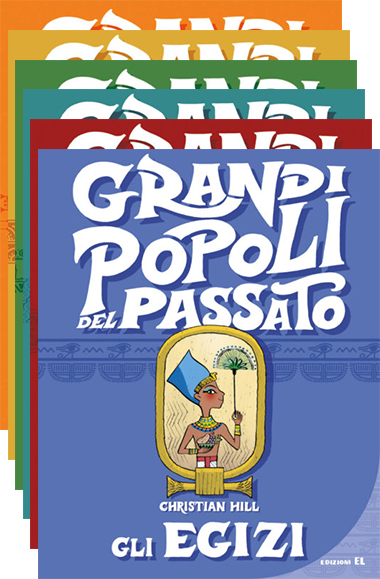 The secrets and wonders of the great civilisations of the past.

The Egyptians, keepers of mystery, founded an empire lasting three millennia. Their monuments, built to ensure the survival of the soul after death, leave modern engineers speechless. We explore the valley of the tombs of the kings with Sabu, a young craftsman. Will he be able to save a thief from the Pharaoh’s wrath?

Founders of civilisation, the Greeks devised the rules that still shape our society today. Hardened soldiers, great mathematicians, fine thinkers… and sportspeople. We cheer for Andrippos, the young runner, at the Olympics. Will he be able to win again and defeat a ruthless Spartan?

Prehistorics populated the world for a long time, until the advent of writing. Even before inventing agriculture, they started living in communities. We go hunting with Cren, Kian and Muswep. Will they be able to gain the trust of a group of Neanderthals and capture a gigantic prey?

The Romans, engineers of antiquity, laid the foundations of the modern world. Innovators in military art, they were masters in engineering, architecture, hydraulics. We follow Numerius, the young apprentice, to a villa violated by theft. Will he be able to prove his innocence and find the culprit?

The Vikings, predators of the sea, raided the coasts for centuries. But they also developed an advanced civilisation, founded large cities, explored distant lands. We accompany Ingvar, the young Viking, on his first raid. Will he be able to assert his reasons or will he succumb to his father’s will?

The Sumerians and Babylonians

Great innovators, the populations that inhabited the fertile Mesopotamia invented the wheel, cities, writing, laws… We follow the young Prince Arshaka in his journey to the unknown. Will he survive the terrible ambush that the pretender to Ur’s throne has in store for him?