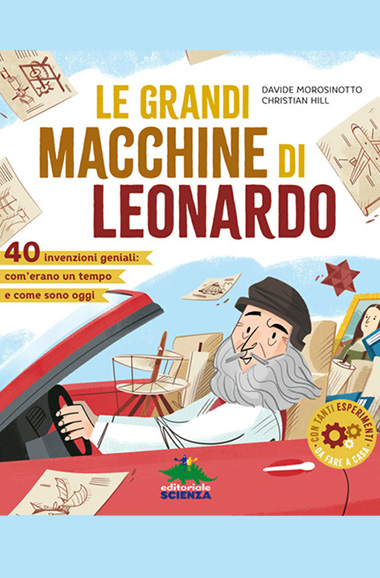 40 ingenious inventions: How they were and how they are today

The young engineer Leo, said to be a great-great-great grandson of the brilliant Leonardo da Vinci, finds himself involved in a heated discussion: someone claims that his illustrious ancestor is an overrated genius and he promises to make him change his mind. Thus begins a challenge to the sound of inventions: submarines, aeroplanes, cars, tanks, but also fans, screws, guitars, cranes and calculators ... 40 machines designed by Leonardo da Vinci more than 500 years ago, which are still current and very useful today!