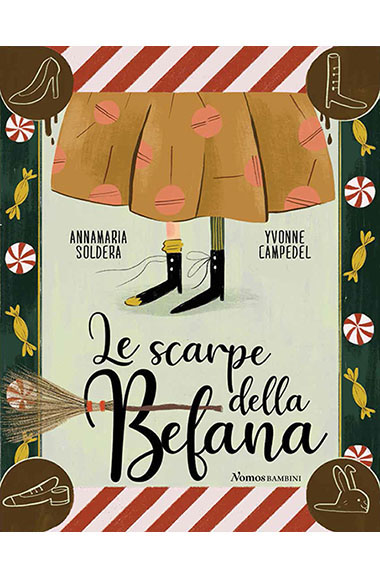 The Befana has lost her precious shoes…

On the night of the Epiphany, hanging from every fireplace in the city, thousands of stockings are waiting for the Befana to fly from home to home with her broom and fill them with sweets (or coal, if the children have behaved badly!). But this year, just before leaving, something went wrong and the nice old woman, accompanied by little Charcoal, found herself without her precious shoes… So here she is running around the fairy tale world to look for some new ones: from Cinderella to Puss in Boots, from the White Rabbit to the Little Mermaid, the Befana meets many famous characters but none of their shoes are right for her… Will she be able to resolve the situation and visit the fireplaces of all the children who are waiting for her this year too? 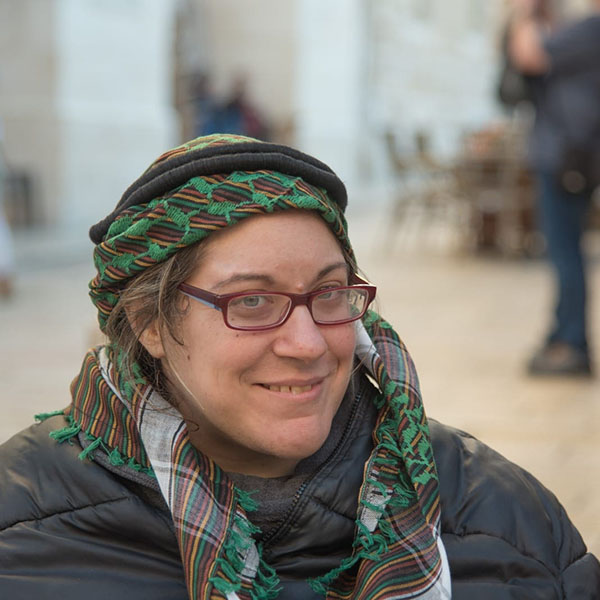 Annamaria Soldera, born in Sacile in 1983, moved to Treviso after a few months in Pordenone. At three she moved to the university city of Padua. At nine she was offered an exceptional means of transport, the wheelchair, and she accepted it: it is a fast vehicle, and travelling seated is always comfortable. After having tested the vehicle as a tourist across Europe, she moved to Milan, whereshe lived in a university college for five years. At the end of her studies she flew to the United States for a short period and then returned to Padua, where she stopped for work and began the great journey into the world of books. She began writing for cousins and nieces and nephews and, remembering the stories of her grandparents, spent some weekends in the city's retirement homes, where she met special people who are nicer than comic characters and realised that all life from birth to death is a unique, fantastic story to tell.